A variable function, is a mathematical object that occupies some set of numeric values. In a program, variables are used as mathematical expressions (add, subtract, divide, multiply). Simply put, variables act as "counters". There are two options in the function itself, namely setting a variable and checking it. 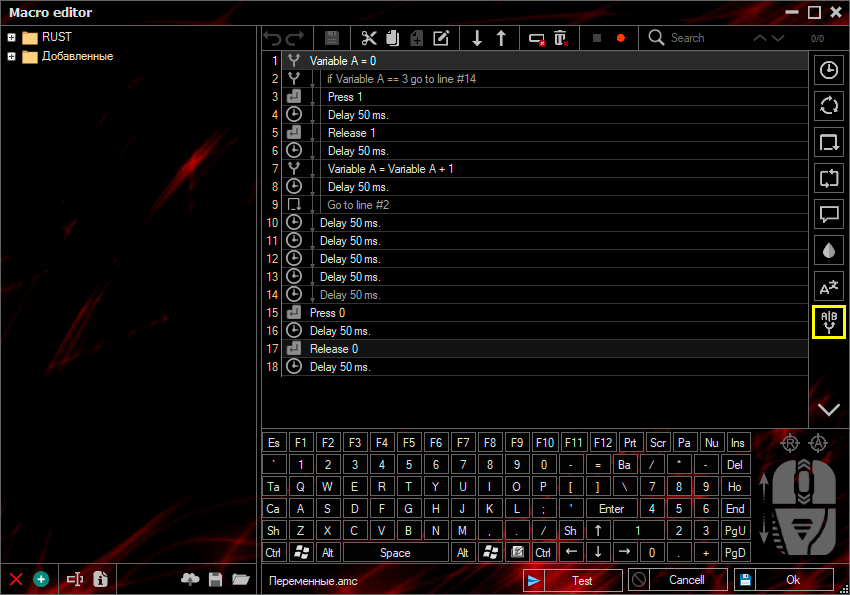 There is nothing complicated about setting a variable, because there are a number of preset variables (a,b,c,d) with which all further operations are performed. 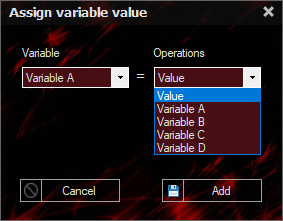 Conditions are created in the variable comparison. If [variable to be controlled] [condition: more/less/equal/not equal] [value/variable] then go to the line specified in the settings. 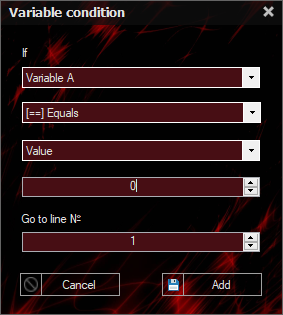